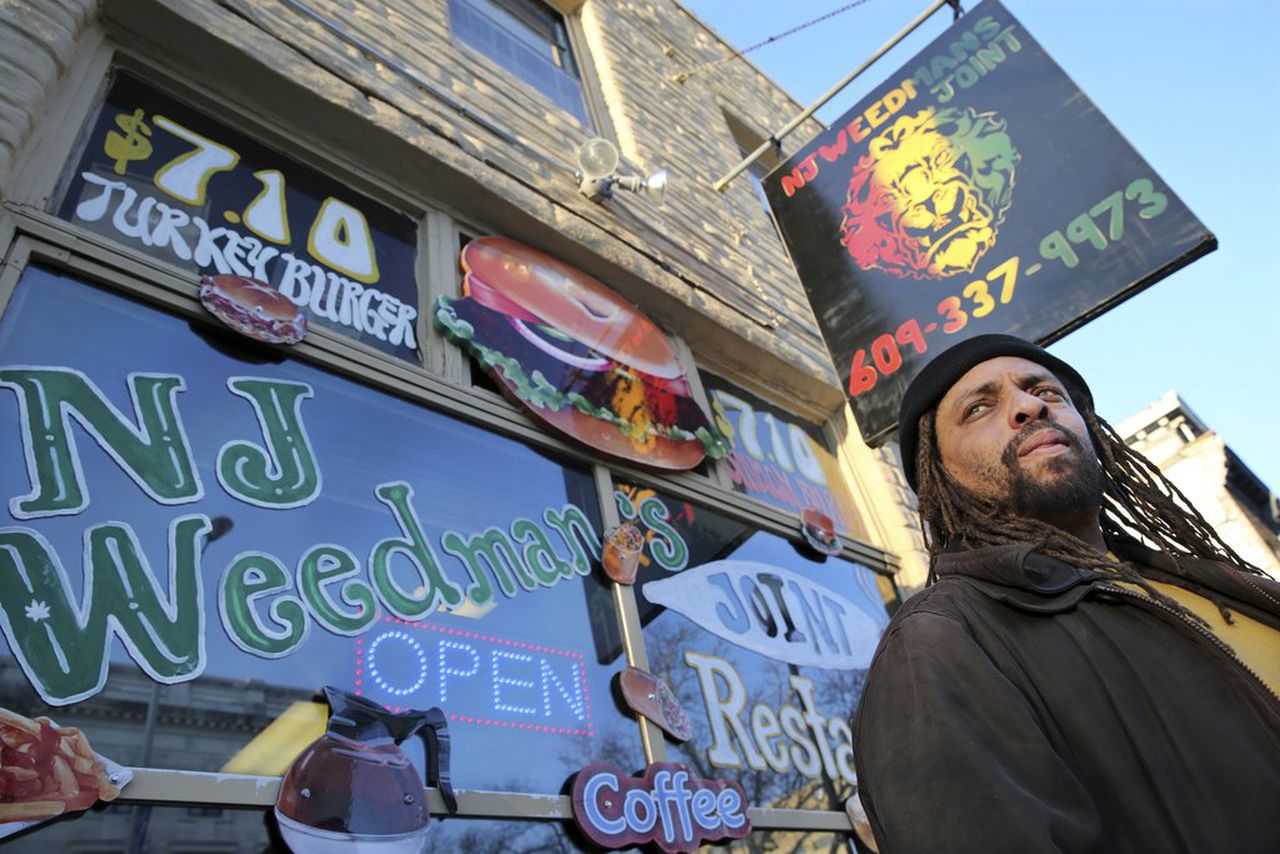 When you drive around in an SUV that’s got the words “Pot Trooper” painted on it along with various pro-marijuana slogans, you might expect to attract the attention of the police at some point.

For Ed “NJ Weedman” Forchion, that point came on Friday evening as he was driving through the Passaic County town of Wanaque.

Early Saturday morning I got a message from Forchion:

“I was arrested for weed,” it read. “Small amount and the police seized all my money.”

The ostensible reason for the stop, Forchion told me, was that he had a green light over his license plate instead of a clear one. But once he was pulled over, the Weedman said, the officers Googled him and found out something that most of us who spend time in Trenton already know. He openly operates a pot dispensary, an activity that he maintains is perfectly legal.

“The constitutional amendment was enacted on January First and it said marijuana is now legal,” Forchion said in a video of the arrest he posted on Facebook.

In November, voters did indeed pass by a 2-1 margin a “Constitutional Amendment to Legalize Marijuana.”

But that didn’t stop the Wanaque cops from charging the Weedman with pot possession and confiscating $9,000 in cash they found in his car,

Forchion also operates a restaurant at his Trenton location, and he maintains the cash came from that operation.

Maybe it was. But there’s a wonderful irony here that our state legislators would do well to ponder.

Under federal law, marijuana remains illegal. Banks are not permitted to handle the proceeds. That creates considerable complications for the medicinal-marijuana dispensaries now legal under New Jersey law. Presumably those new adult-use dispensaries in New Jersey would face the same problems.

I know one prominent politician in New Jersey who had a solution for that problem. When he ran for president in 2016, then-Gov. Chris Christie said that if elected he would shut down marijuana sales if elected.

Christie later softened that stand a bit, saying “states have the right to do what they want to do on this.” But the federal laws he cited are still on the books. So in the eyes of the feds, Weedman’s dispensary and the state-approved dispensaries could both have their cash confiscated.

When I spoke to the Weedman, he said the issue of cops confiscating cash is very much a live one in urban communities.

“I don’t know how many times they found pot on me and took the money,” Forchion said. “In urban neighborhoods they take your money.”

That is indeed a common practice, said one libertarian activist. John Paff is a retired insurance executive who’s devoted a lot of time to fighting asset-forfeiture laws.

For a lot of minorities who’ve had their cash confiscated, “It costs more for them to engage in the process of getting it back, so they lose the money,” he said.

Weedman has hired a lawyer to fight the confiscation. He’s also filed a federal suit arguing that marijuana became legal the moment that amendment took effect.

That’s not the Murphy administration’s view. But quite a few legislators are sympathetic to the Weedman’s stance on how pot laws affect urban minorities. That’s central to the dispute over legislation that’s been on the governor’s desk since Dec. 17.

Murphy has said he won’t sign a bill that eliminates penalties for pot possession by juveniles. But legislators from urban areas argue that such penalties would encourage the stop-and-frisk policies, the same policies that Forchion and Paff say can end with cash being confiscated.

The state senator who’s been the architect of the legalization bills told me yesterday that a compromise is in the works.

“The process should be complete by the end of next week,” said state Sen. Nick Scutari (D-Union). “We’re going to have a hearing Monday, another on Tuesday and have it passed by Thursday.”

Once the bill is signed into law, the charges of simple marijuana possession lodged against the Weedman and others should be dismissed, Scutari said.

But at what point would a dealer like the Weedman get to legalize his operation?

“He’ll have to go through the application process,” Scutari said.

That process includes the establishment of a Cannabis Regulatory Commission that would set up rules for the sale of legal weed. I asked Scutari whether that process might stretch out for a year or more.

“Let’s get through next week first,” said the senator. “Then we can talk about the next delay.”

The Weedman certainly will.

PLUS- THE MORE THINGS CHANGE:

Check this website on the history of alcohol Prohibition in New Jersey. Note the appointment of World War I hero Ira Reeves to head up Prohibition enforcement:

“But Reeves quickly became disillusioned. Virtually everyone around him drank with impunity. Under political pressure, he had to promise not to raid the state legislature’s annual dinner. But worse was the pervasive corruption of law enforcement officers and entire departments. The chief of police in Trenton had Reeves’ agents arrested for carrying concealed guns without a permit.”