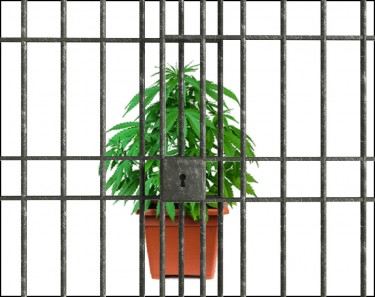 A BIG Win for Cannabis Activists in New Mexico as “A state district judge in Albuquerque ruled this week that Bernalillo County’s Metropolitan Detention Center must allow qualifying patients access to medical marijuana, in a victory for advocates that could have far-reaching implications for jails and prisons”.

While some may scoff at the idea of giving prisoners access to medical cannabis, I would argue that one could go even further. After all, the United States has the largest prison population on the planet – yes, even more prisoners than in China. [Source]

How can “The land of the Free” house more prisoners than Communist China? Simple really – prohibition had a major role to play in all this. And of course, the “Tough on crime” ideology that was ever present in political circles during the 1980s and 1990s.

However – as we can see, these policies have not worked and while there is a very strong potential for legalizing cannabis in 2021, the problem fundamentally lies in several ‘issues’.

We’ll be expanding on these three points throughout the rest of this article.

For Profit Prisons should be abolished!

Here’s some insane facts that will blow your mind;

From 2000 to 2016 the number of people housed in private prisons increased five times faster than the total prison population. Over a similar timeframe, the proportion of people detained in private immigration facilities increased by 442 percent. [Source]

And from the same source;

Private prison companies face a challenge in reducing costs and offering services necessary to maintaining safety in prisons while also generating a profit for shareholders. The primary approach to controlling spending is by maintaining lower levels of staff benefits and salary than publicly-run facilities. Labor costs normally account for 60 to 70 percent of annual operating budgets. Such savings, though, risk compromising safety and security within prisons

This is a problem because the idea of a prison is to “Correct the Behavior of the Offender”. This is why they call them “Correctional Facilities”.

But as you can see, when profit is the motivation – correction simply isn’t “profitable”. Rather, having repeat offenders becomes your main source of income because the more prisoners you have – the more money you can syphon off the government.

Let’s not forget the slave labor programs they have in these facilities where inmates works for pennies. It is literally the only form of slavery that legally exists in the United States and the Federal government and the DOJ are the biggest “buyers” of these slave-produced goods.

Why do we have prisons if it doesn’t serve the purpose of “correcting” the individuals’ ways?

I’ve spoken countless times about how cannabis laws have helped the government steal property and imprison people for non-crimes.

These policies usually target the most disenfranchised groups within society. When one of these “targeted minorities” end up in prison – they get a record. The record makes it impossible for them to get loans or even decent jobs.

This leads to the obvious solution – crime! Which when they are caught, get sentenced for longer until eventually they spend the rest of their days behind bars – never actually contributing to society but living off society’s dime.

For Profit Prisons take clear advantage of this. The prison population will continue to grow as long as we have unethical laws on the books.

Prison doesn’t “Correct” is puts you in a greater bind

As mentioned above, once you are in prison – you’re fucked! Very few people get to crawl out of that hole and not only are the prisoners affected, their families as well since they no longer have the full force of their family unit to tackle their challenges.

This is because prisons in America aim to “punish” rather than correct. While there are certain “skills” one can learn from the programs in prison – your GED won’t land you a job in a digital economy. Furthermore, for the violent offenders – there’s no real follow up to help “deal with the violence” in the individual.

Rather, the prisoner is thrown in with other violent people and in turn, violence begets violence. The same goes for every other prisoner. Where are the programs to help teach them to master their emotions, to become more critical of their choices and to think before they act?

The Argument for Weed in Prison

In order to reduce costs to the tax payer, introducing cannabis to the prison system has many advantages.

It helps keep the population healthier

It helps keep the population calmer

These are just a few basic benefits.

But coupling this with programs designed to give the inmate a chance of making it on the outside, showing them how to manage their emotional intelligence, make strategic financial decisions and you know – help correct their behavior – I’m sure you’ll have fewer repeat offenders and over time, the prison population will begin to wane.

Nonetheless, the fact that inmates [at least in New Mexico] may have access to medical cannabis is a great start. 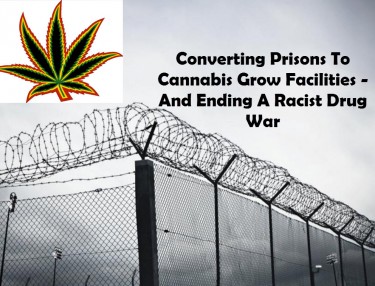