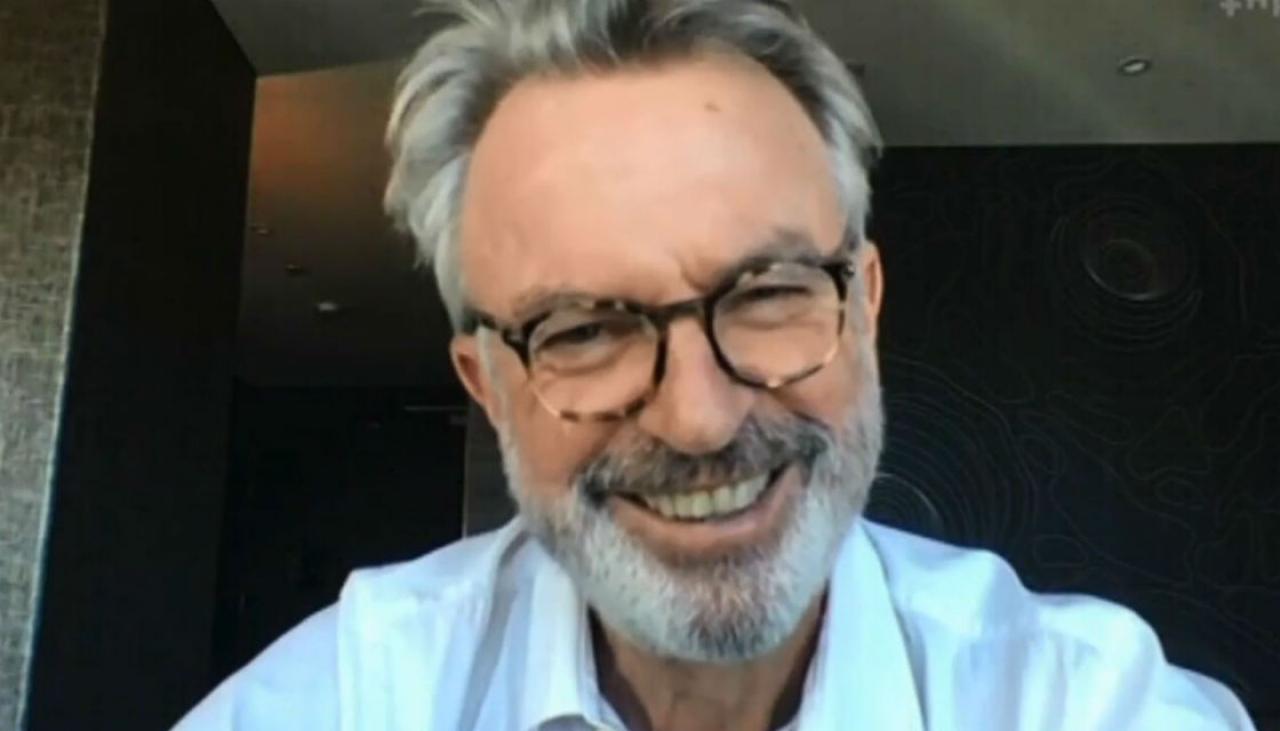 Watch: The full interview with Sam Neil Credits: The Project

Actor Sam Neil has revealed the first thing he did when he returned to New Zealand was contact his doctor to get his hands on CBD oil.

Neil advocated heavily for the legalisation of marijuana in the lead up to the referendum. He told The Project on Friday that he thinks it is “absurd” to criminalise it.

New Zealand recently held a referendum to see whether the public thought marijuana should be legalised – it came extremely close but failed, with 50.7 percent voting no and 48.4 percent voting yes.

Neil expressed his disappointment at the failed referendum.

“Will there be another referendum? I certainly hope so,” he said.

Someone in the audience clearly had, as they cheered at the mention.

CBD oil is the shorter version of cannabidiol oil – a product derived from cannabis. Even though it’s from the same plant, CBD won’t get you high the way smoking weed does.

The “high” that comes from smoking weed is caused by THC or tetrahydrocannabinol – the other natural compound in cannabis.

Studies have shown that CBD oil can relieve pain, help acne and alleviate the side effects of chemotherapy such as nausea.

It’s also suggested to help with depression and anxiety – which is what Neil says it’s been “fantastically beneficial” for him.

“So the first thing I did when I got off the plane was to ask my doctor if I could get some, as I’m going into quarantine for 14 days!” he said through laughter.

CBD is legal in New Zealand but only pharmaceutical grade with a doctors prescription – it’s prohibitively expensive, however, with a 1500mg bottle costing anywhere between $200 and $500.