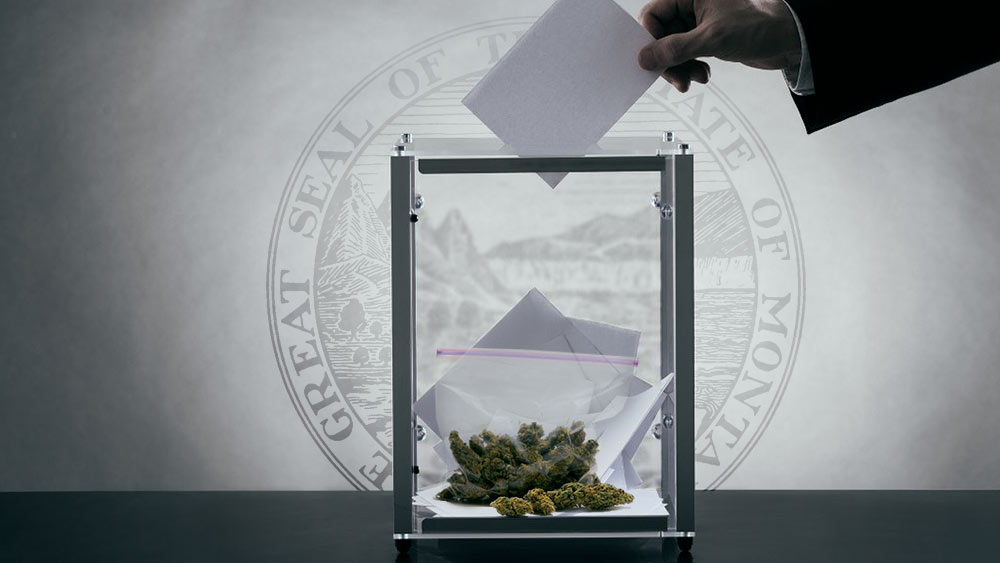 Voters in Montana appear to be set to legalize recreational cannabis in their state on November 3, the results of a new poll revealed this week.

The state ballot will ask about legalizing recreational marijuana in Montana.

“Will you vote to support or oppose legalization?” the survey asked likely voters in Montana. Among them, 49% said they will vote to legalize marijuana, while 39% responded they would oppose the measure. Ten percent of voters said they are still undecided on the matter, but their votes could decide the fate of legal weed in Montana.

Support for legal pot was higher among Democrats, as expected, with 70% of Democrat-voting respondents stating they would support legalization. On the other hand, only 27% of Montana Republicans said they are in favor of legal weed. Meanwhile, 59% of independent voters will vote to legalize marijuana.

According to the poll, the initiative to legalize cannabis in the Treasure State is more popular among younger voters, with a majority of people between the ages of 18 and 59 stating they favor the measure. Most of the voters above the age of 60 said they intend to vote against legalization.

The poll was conducted by Montana State University and gauged voter sentiment on a number of other elections that will take place on November 3, including the presidential race. As young voters interested in legalizing marijuana tend to vote for Democrats more often than for Republicans, having cannabis on the ballot could also affect the outcome of the Senate, House and presidential elections as well.

Should Montana legalize pot, adults aged 21 and over will be able to legally purchase weed, while a 20% sales tax would be added to marijuana products. Furthermore, people with low-level marijuana sentences will be eligible for resentencing or the expungement of their records.

Earlier this week, a poll from New Jersey revealed the Garden State is also likely to legalize cannabis on November 3. Additionally, Arizona and South Dakota will vote on their respective legalization measures, while Mississippi voters will decide whether to allow medical marijuana in the state.

Meanwhile, Oregon will decide on a measure that would legalize psychedelic mushrooms for therapeutic use as voters in Washington D.C. weigh in on decriminalizing so-called magic mushrooms.