One of the curiosities of the 2020 election campaign is Jacinda Ardern’s refusal to reveal her personal position on the cannabis referendum. Next Saturday, New Zealanders can vote in two referendums: the end of life choice on euthanasia, and cannabis legalisation and control referendums; the latter a vote on whether the recreational use of cannabis should become legal.

Ardern said she would be voting yes to make the end of life choice bill the law, but on cannabis she wants the public to decide, claiming that “the view of the public around me is equivalent … to mine”. Her major competitor, National leader Judith Collins, has come out with an emphatic no.

Ardern has tried to justify her different referendum positions in terms of how they came to be in the first place. She says she was already on the record as being a supporter of the end of life choice bill, which narrowly passed its third reading in November 2019 in a conscience vote only after New Zealand First MPs required it to be a binding referendum.

In contrast, under the Green party’s confidence and supply agreement with Labour, Ardern has never been under a similar obligation to commit her view in parliament on the non-binding cannabis legalisation and control bill.

The subtlety of Ardern’s justification will be lost on most. Moreover there’s a distinct element of smoke and mirrors. Nothing could stop former National prime minister, John Key, from advocating his personal desire for a flag change through the referendums in 2015/16. Notwithstanding that Key’s personal preference for a silver fern design ultimately contributed to the 2016 referendum’s failure, there’s nothing set in stone that says a prime minister may not express a personal position on a referendum, binding or not. 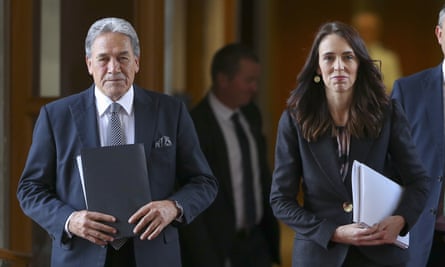 As a progressive political party, Labour’s refusal to take a collective position on cannabis and making it instead a conscience vote for individual members is at odds with its record of driving major social reform and even its 2020 campaign slogan “Let’s Keep Moving”.

It would be easy to explain the party’s cautious approach as not wanting to offend the party’s more conservative Pacific and Māori support base. But at the same time, Labour’s conscious position to not have a position carries the potential to mobilise people to vote against the proposal and protect the status quo. Overseas research shows this is the default position for people who don’t have enough information on the consequences of a referendum issue. Labour’s position is, in effect, no different to the National party’s “no”.

And that is because it suits our major political parties’ electoral fortunes to keep cannabis criminalised. Over the past 50 years New Zealand elections have become events where parties have intentionally stoked public fear for political gain through the promotion of “law and order” (increasingly called “criminal justice”), electoral platforms that are grounded in promises to keep the streets and communities safe from gangs.

Because gangs have been associated with making illegal money out of dealing drugs, keeping cannabis criminalised maintains gangs as the criminal underclass that is needed to justify the frequent bidding wars that take place in elections over police numbers. Being perceived as “tough on crime” is one of the principal ways parties legitimise their claim to power.

This outcome seems to be of secondary importance, however, to a debate dominated by a well-intentioned anti-cannabis lobby, awash with pious statements from many people who have admitted to smoking cannabis in the past – studies show that by the age of 21, 80% of New Zealanders have tried cannabis at least once, our 40-year-old prime minister included – arguing that cannabis needs to remain criminalised in order to protect the health of our young people.

Never mind that the purported negative effects of the cannabis on young people such as depression, psychosis, delayed brain development and driving impairment, can also result from other legal addictive substances like cigarettes, alcohol, glue and prescription drugs; as well as foods like sugar, fat and salt and activities such as study, work and computer gaming. No one is calling for these to become criminalised to help young people.

That cannabis is being considered differently is a classic example of a decision making bias called “overconfidence”. This occurs when people overconfidently believe themselves to be more ethical or competent at handling events than others. It’s a bias which leads, in this context, to predominantly older people believing that although their lives were not impacted seriously by cannabis consumption in their own youth, they were and still are more responsible than young cannabis consumers today. Older voters consider this gives them the right to cast a judgment on the health outcomes of younger people even to the point of keeping them criminalised, for “their own good”.

In theory, a referendum gives decision-making power directly to the people. However, when the people have imperfect information, are biased in their decision-making processes, or don’t turn out to vote for a broader range of reasons, there is always a risk of a referendum outcome being skewed. Parliament’s most vocal and long-time supporter of referendums, New Zealand First leader Winston Peters, supports them as a “more meaningful democracy where the people get to decide these issues”, not politicians who are not in it for the long haul and who don’t have the right to pretend they know they are speaking for their voters. If the polls are anything to go by, this election might be Peters’ last stand, but if voters go to the poll with his words at the back of their minds, then the referendum decision should be made by the people directly affected by the outcome and not others with an entirely different agenda.