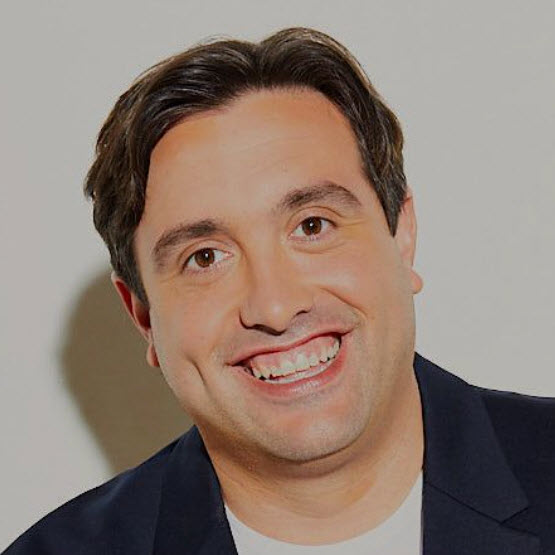 On June 8th, the National Bureau of Economic Research officially declared that the U.S. is in a recession driven by the COVID-19 pandemic and resulting economic slowdown.

Considering the current data on unemployment and the decrease in federal and state tax revenues, it’s clear that the U.S. is in the midst of the biggest and most uncertain economic crisis since the Great Depression.

And yet, within that dark comparison may lie one of our biggest opportunities. We can learn directly from the past to help develop our future, and it won’t take great leaps in technology or a complete reliance on taxpayer-funded stimulus to do it. History provides a guide, and Democrats and Republicans alike will soon have the opportunity to follow its lead.

The 18th amendment to the U.S. Constitution had prohibited the manufacture, sale or distribution of alcohol in 1920. As the Great Depression took hold, and millions of Americans found themselves out of work and struggling, politicians began to rethink the merits of their previous actions. Franklin D. Roosevelt ran for President in 1932 on a “wet” platform, advocating for the return of the legalized liquor industry, which would result in hundreds of thousands of jobs and a dramatic increase in federal tax revenue. After his election, he made the repeal of Prohibition one of the first steps in his legendary “First 100 Days”, which ultimately led to the passing of the 21st Amendment officially ending the alcohol ban in 1933.

It’s important to note that the repeal of liquor laws did not single-handedly end the Great Depression. It took years for economic policy to truly take hold and lift the American people out of the negative economic cycle. It did, however, directly fund a significant portion of FDR’s “New Deal”, with liquor-related taxes generating $1.35 billion (about half of the federal government’s total revenue in 1934). The New Deal prompted the most important social and economic policy changes in modern American history. And it directly led to significant short-term job growth that helped the lives of thousands of American families.

Here in 2020, we have the ability to take similar actions that can help pull us out of this economic quagmire. Now is the best possible time to legalize the sale of cannabis-related products.

In this case, the recent past can provide guidance for the future. In 2019, the excise and state tax revenues from medical and recreational marijuana sales of the eight states that offered legal cannabis sales (California, Massachusetts, Colorado, Washington, Nevada, Oregon, Alaska, Michigan) combined to over $1.9 billion in revenue. And by one account, New York State (expected to be particularly hard hit by tax decreases) could alone earn over $1 billion per year in new revenues. These are real dollars that could contribute to state coffers nationwide, and the infrastructure to help make that happen has already begun in those early-adoption states.

The issue of cannabis legalization is no longer a divisive political issue. A recent survey conducted by OnePoll on behalf of Neptune Wellness Solutions shows bipartisan support for legalization. Of those surveyed:

Considering the above, it’s no surprise that political campaigns are beginning to align behind this public sentiment on both sides of the aisle. Former Republican Speaker of the House John Boehner’s support for marijuana law reform has resulted in his joining the board of directors at a major cannabis organization. Recent Democratic Presidential candidate Kirsten Gillibrand made a detailed and organized legalization plan a key part of her overall platform. This is no longer a single-party issue, a rare breath of fresh political air in which both Democrats and Republicans have found agreement.

Many states have already recognized cannabis businesses as essential during the pandemic for both medical and recreational use. We continue to learn more and more about the potential health benefits of both CBD and THC, with “conscious consumption” of cannabis products that fit within a holistic health and wellness lifestyle becoming a broad cultural trend. In fact, the benefits may be proving to be even more crucial: recently published in vitro research showed that extracts of certain cannabis strains (high in CBD levels but low in THC) may prove effective in helping to block COVID-19 infections in target tissues, such as those of the respiratory and gastrointestinal systems. Studies are continuing, but the potential ability of certain cannabis extracts to block virus entrance points could represent a remarkable medical breakthrough.

We have seen the clear and positive impact that bipartisan criminal justice reforms have made in our communities. And now, the Marijuana Opportunity Reinvestment and Expungement Act (also known as the MORE Act) is expected to reach the House floor for a vote just after the election. Now is the time and the opportunity to move into action. As FDR mounted the New Deal, so do our current elected officials need to take aggressive steps like this one to counter our current economic malaise. The benefits of legalization are simply irrefutable. Revenues from cannabis, properly regulated and controlled, needs to be an integral part of our country’s recovery plan, if we simply have the will and strength of our predecessors to take the right steps forward.

a diversified and fully integrated health and wellness company focused on natural, plant-based, sustainable and purpose-driven lifestyle brands and the use of cannabinoids in household products to make them safer, healthier and more effective. Neptune’s Mood Ring and Forest Remedies cannabis and hemp brands leverage the company’s decades of experience in the wellness, extraction and consumer packaged goods industries to bring product offerings to market that are designed to meet the specific demands of consumers.

Prior to joining Neptune as CEO in July 2019, Michael invested in and cofounded Schmidt’s Naturals, one of the world’s fastest growing wellness brands, leading it from fledgling start-up to acquisition in 2017 by Unilever and onto record breaking growth in 2018. He remained CEO of Schmidt’s Naturals until June 2019, leading its rapid expansion into new and innovative products, retailers and global markets. He is also the founder of Random Occurrence, a venture capital and private equity firm.

The NCV Newswire by New Cannabis Ventures aims to curate high quality content and information about leading cannabis companies to help our readers filter out the noise and to stay on top of the most important cannabis business news. The NCV Newswire is hand-curated by an editor and not automated in anyway. Have a confidential news tip? Get in touch.