Medical cannabis will be raised to the status of an economic crop in Thailand and exported across the world, according to a government subcommittee studying the draft law on cultivation of cannabis and Thai hemp.

The subcommittee said Thai farmers should also have access to both certified commercial cannabis seed and be able to generate their own seed stocks, said Weerachai na Nakorn, an adviser to a community cannabis enterprise in Buriram province.

The government panel agreed to promote Thai medical cannabis in the Asian, European and US markets, he added, speaking at a seminar organised by the Play La Ploen community cannabis enterprise in the northeastern province.

Large areas of Thailand are suitable for cultivation of medical cannabis, which will significantly boost incomes in the agricultural and associated industrial sector, according to studies conducted on the crop, which was legalised last year. 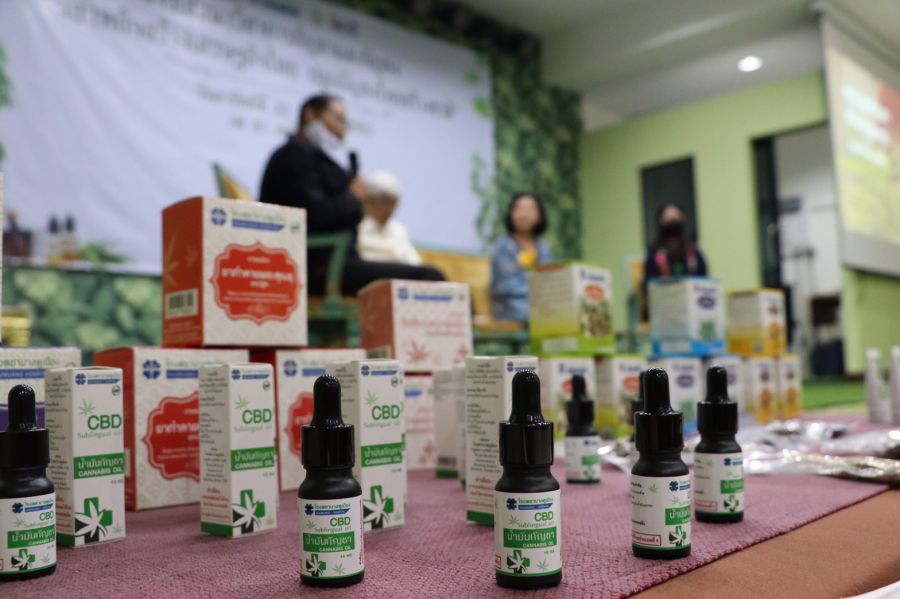 Each different hemp cultivar has unique characteristics and is suited to a specific geography, he added. Some are more fibrous, some produce lots of seeds, and some are high in cannabidiol and related compounds.

The Play La Ploen enterprise is collaborating with the Government Pharmaceutical Organisation on a pilot contract farming project to grow high-CBD medical marijuana and build a network of community producers.

The pilot project is cultivating two strains, a Thai and a foreign cultivar, said Thanaporn Pornsangkul, a scientist at Play La Ploen community enterprise. The goal is to produce cannabis drugs for more than 20 northeastern hospitals in Nakhon Ratchasima, Chaiyaphum, Buriram and Surin.