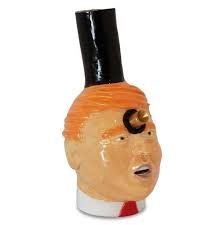 Here’s the introduction to their piece

In the final months of an uphill election fight, Donald Trump’s mind is on weed.

The president and some of his team, already obsessed with the potential drop-off of various demographic groups that make up his battered coalition, have begun openly worrying that the drive to legalize or decriminalize marijuana might hurt him and fellow Republicans at the ballot box.

According to two GOP strategists who’ve independently discussed the topic with Trump this year, the president believes that inclusion of marijuana initiatives on state ballots could supercharge turnout for voters who lean toward Democratic candidates and causes. The president, according to one of the sources, asked for updates on critical swing-states that could see such ballot measures in the 2020 elections.

“The president is keenly aware of how presidential elections [nowadays]… can be won at the margins,” one of the Republican strategists said. “The pot issue is one of many that he thinks could be a danger… He once told me it would be very ‘smart’ for the Democrat[ic] Party to get as many of these on the ballot as they could.”