Within the halls of the British Museum lies a 14-meter strip of fabric with over 14,000 pills knitted on it, revealing the number of prescription medications an average person will take in their lifetime*. This is not a future anyone should look forward to.

The sky-rocketing costs of healthcare combined with decreasing marginal returns, society is growing disillusioned with the limitations of conventional medicine. As a result, many are shifting course and learning to fall in love with nature again.

Around the world, the vegan lifestyle is gaining followers and the isles of supermarkets are being taken over by “non-GMO-certified” products. Along with this new, holistic approach to wellness is an increasing interest in the medical benefits of cannabis. The use of marijuana products have come a long way–creeping out of fraternity house basements and into pharmaceutical treatments for common chronic illnesses.

Now imagine eating food that doesn’t just provide nutritional support, but also provides the essential pharmaceuticals prescribed by your physician. Medical foods do just that. Both cultural trends and scientific discoveries point to the idea of developing a cannabis-infused medical food (CIMF) product as an innovative approach to treat patients suffering from certain chronic illnesses.

Until recently, research on medical cannabis has been severely limited due to strict government regulation. Today, however, medical cannabis is facing a rapid wave of acceptance in both social and scientific communities as a viable treatment for an array of problems including: Alzheimer’s disease, cancer, Crohn’s disease, PTSD and epilepsy.*

The first FDA approved drug derived from cannabis was EPIDIOLEX®, released in 2018 to treat two forms of epilepsy, Lennox-Gastaut syndrome and Dravet syndrome.*

Many governments have welcomed the “Green Rush” as a top issue on their agendas, thus catapulting cannabis to the center of medical research. For instance, in 2017, the U.S. government commissioned the National Academic Press to publish an official article detailing the benefits of medical cannabis. In that same fiscal year, the NIH spent $140 million to fund cannabis research.* 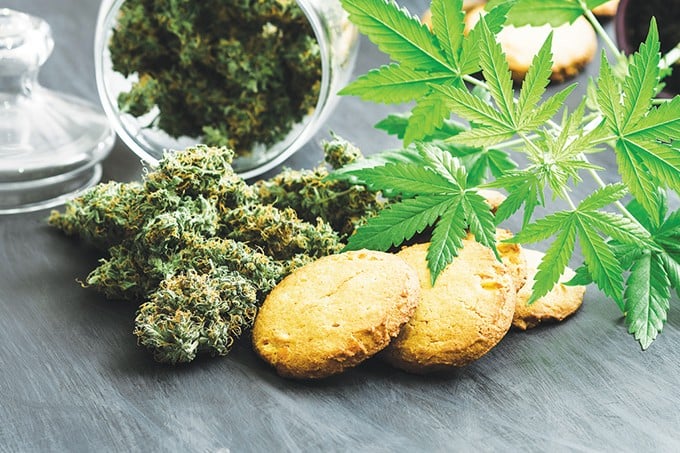 Although the therapeutic benefits of cannabis are widely accepted, the full extent of its mechanism and biochemical properties are currently unknown.

Cannabinoids are active molecules either found within the cannabis plant (phytocannabinoids) or naturally-produced within our bodies (endocannabinoids) which bind to the endocannabinoid receptors found throughout the nervous system and other major internal organs. 7 We believe that CIMFs will serve as an excellent platform to harness the synergy and maximize the bioavailability of cannabinoids, while standardizing how the drug is administered. 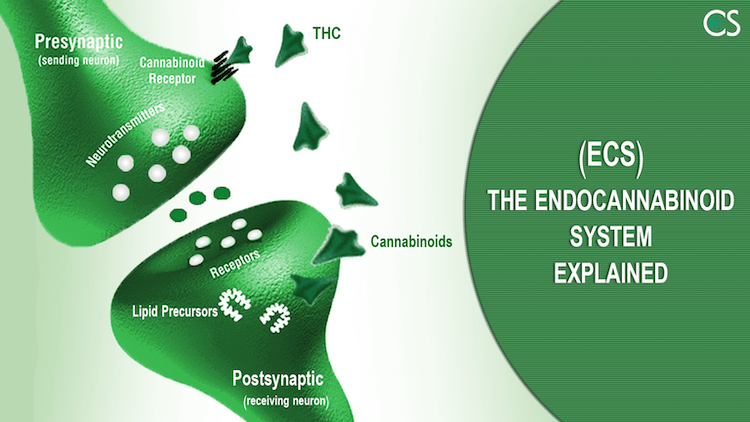 Although medical foods are not new to the health market, CIMFs have not yet been introduced to the market.

Medical food is defined by the Orphan Drug Act as “food which is formulated to be consumed or administered enterally under the supervision of a physician and which is intended for the specific dietary management of a disease or condition for which distinctive nutritional requirements, based on recognized scientific principles, are established by medical evaluation.”

Medical foods are a multifaceted approach to treating patients, as the combination of nutritional support with pharmaceuticals provide a safer and more subtle way to medicate patients, thus increasing quality of life.

Imagine learning to swallow a pill before knowing how to tie your shoes. Imagine someone having to take a handful of pills everyday.

Now imagine if many of these pills could be taken through a cup of tea or ice cream, this is medical food. People do not like the idea of being reliant on medication–research showed that “almost one in ten people would be prepared to sacrifice two years of life to avoid a daily pill.”*

Medical foods can fix this issue by providing a platform that does not carry the same psychological burden as swallowing a common pill. 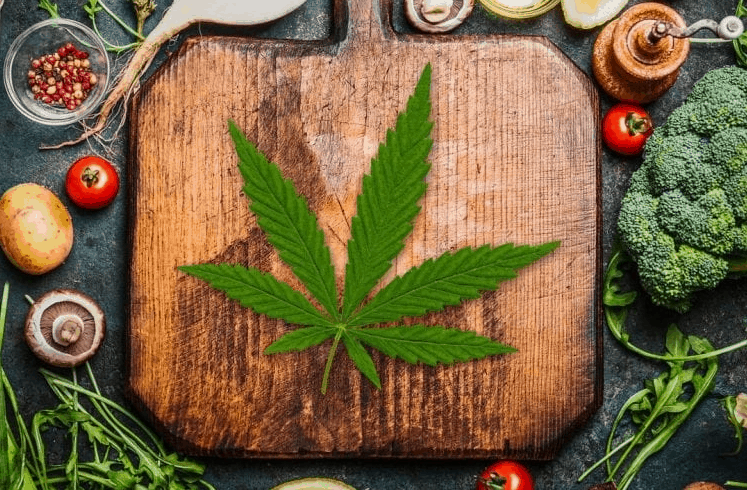 These molecules act together and affect the body in a synergistic fashion. This is known as the “Entourage Effect.”

Depending on the combination and levels of the active ingredients ingested, the human body can react in varying ways that are often not clear-cut.

For instance, it is known that a formula containing a mixture of high CBD and low THC will deliver a calming effect, while a low CBD and high THC content will produce the opposite result.*

In the near future, scientists will be able to devise medical food formulas in which the exact proportions of molecules found within cannabis can act synergistically; ramping-up desired healing effects, while down-playing undesired outcomes.

In addition to using molecules found within cannabis, other natural, non-cannabis ingredients can be added to a medical food product to increase its efficacy. For instance, cacao powder contains molecules that inhibit the breakdown of endocannabinoids, resulting in higher levels of endocannabinoids circulating throughout the body.*

Similarly, other non-cannabis ingredients that enhance the endocannabinoid system include: essential fatty acids, herbs, spices, and teas.* Medical foods serve as a great way to deliver a precise quantity and mixture of ingredients in order to maximize cannabis’ desired healing effects. 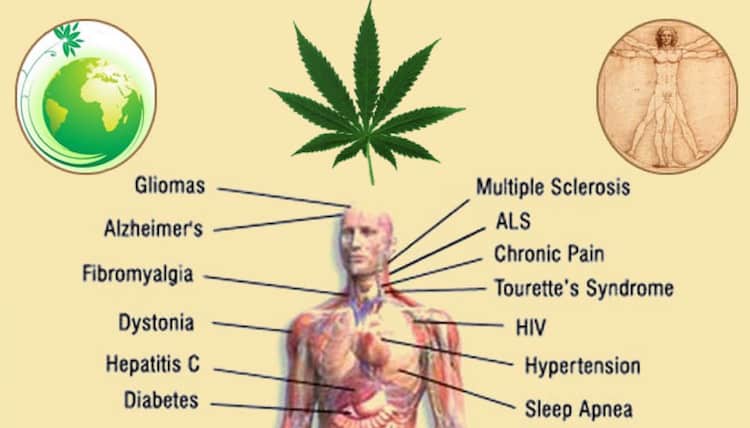 There have been many strides in the attempt to standardize medical marijuana, however traditional methods have not been consistent.

Imagine walking into a McDonald’s in Miami and ordering a BigMac and then ordering the same in Seattle, you would expect them to be the same, having three slices of bread, two patties of meat, etc.

Unfortunately, the same is not true within the cannabis industry. For example, “Blue Dream,” a medical marijuana strain, purchased at two dispensaries located next to each other does not guarantee that the products will have the same cannabinoid, terpene, and flavonoid levels.

These quantities depend on many environmental factors that are hard to control, such as when and where the plant was harvested. Even if all plants labeled as the same strain were to contain the same amount of active ingredients across the board, the different ways of ingesting it would make it nearly impossible to control the effects.

For instance, in smoking marijuana, factors such as duration of inhalation, length of time between each “hit,” type of grinder used, and smoking apparatus will change the potency and effect among individuals. Moreover, a study performed by Johns Hopkins University School of Medicine showed that medical cannabis-infused edibles contain THC & CBD at different levels than those labeled on the packaging.*

With all of the inconsistencies surrounding medical cannabis, it is difficult for doctors to prescribe it to their patients.

By extracting specific active molecules found within the cannabis plant and adding exact quantities of each into a single package, medical foods would deliver consistency. This would allow doctors to reliably prescribe cannabis in the exact dosage based on their patients’ needs. 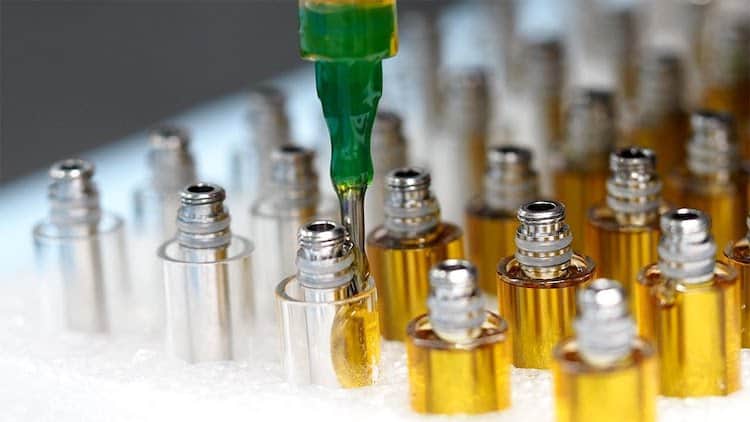 The problem with the current forms of administering medical cannabis is that there are inconsistencies in bioavailability and low levels of absorption. For example, the bioavailability of THC via smoking is a wide and inconsistent range of 2%-56%, around twice that of oral consumption.

CIMFs provide a great venue to utilize drug delivery technologies to increase and standardize the bioavailability of different cannabis compounds. For instance, researchers at the University of Massachusetts Amherst have concluded through research trials that “the bioavailability of [lipophilic bioactive] agents (cannabinoids are lipophilic compounds) can be improved by specifically designing food matrices that control their release, solubilization, transport, metabolism, and absorption within the gastrointestinal tract.”*

Increasing bioavailability levels cannot be done with many existing delivery platforms such as smoking, vaping, and extracts.

Another major benefit of eating cannabis-based foods is that it allows for the active ingredients to circulate in the body for increased periods of time compared to conventional methods (4-6 hours when ingesting compared to 30-90 minutes when smoking). Therefore, the 18 therapeutic effects exerted by CIMFs would last longer.

At the same time, when ingesting cannabis, its effects kick-in later. This issue can be resolved with a drug delivery system that decreases lag time in addition to ensuring that CIMFs are taken at consistent, regular intervals.

Furthermore, the very nature of medical foods as a product that travels through the digestive system renders it an excellent solution for problems inside of the gastrointestinal tract. For example, multiple studies on patients with irritable bowel syndrome have shown medical foods to be a highly effective treatment option.*

Although CIMFs could be used to treat problems throughout the body, this solution is extra promising for patients suffering from problems involved in their digestive systems, such as cachexia or inflammatory bowel disease.

Medical foods containing cannabis equip patients with more options. For patients who are not willing to take cannabis products via conventional methods (i.e. smoking, vaping, etc.), whether due to social stigma or because their physical condition does not allow it, medical foods may be a great solution.

For instance, as an alternative to smoking cannabis, the medical food platform would open doors for children, the elderly, patients with lung or throat cancer, or others who do not want or cannot smoke cannabis.

Furthermore, the wide-ranging possibility of CIMF products means that different foods could be made to cater to the diverse tastes of the user. For instance, for a young child, perhaps a crunchy bar might be suitable, whereas for an elderly patient who has difficulty chewing, a yogurt product might be preferred.

In sum, many medical foods would expand the cannabis market to patient populations who would have previously never even considered cannabis as a treatment option.

CIMFs have the potential to revolutionize the way patients experience medicine. However, any discussion dealing with healthcare would not be complete without acknowledging the insurers.

Currently, coverage for medical foods are extremely variable. In the United States alone, there is no national policy that addresses the issue, leading to inconsistencies in coverage for both private and public insurers, varying from state to state.*

Apart from the liberalization of medical cannabis laws throughout the world, insurance companies may start paying for CIMFs sooner, rather than later, as they are a cost-effective treatment option.

For instance, by manipulating the formulas of CIMFs and using the synergistic properties of cannabis to minimize side-effects, the patient’s quality of life may improve as unnecessary physical, emotional, and financial costs are avoided. In the long-term, CIMFs could save everyone money as individuals would live healthier lives, away from the clinical setting.

The great Maimonides once said,“Nothing which can be treated by diet can be treated by other means.” Medical foods are a distinct facet of medicine that has been lurking in the shadows of the healthcare industry.

CIMFs provide an innovative and natural way to medicate patients with cannabis. Cannabis-based medical foods allow for specific dosage administration, modification for optimizing effects, synergy of active ingredients, and variety in substance and form. As the medical field is advancing towards a more holistic approach, cannabis-based medical foods may become a major method for administering medication.

Authored by James Roldan who is a first-year medical student at the University of Miami’s Miller School of Medicine and Zac Kopelman who is a third-year undergraduate student, pursing a B.S. in Environment and Biology at the University of Michigan. For months, both have researched medical cannabis and medical foods in Rehovot, Israel as part of an internship for Nutravida Pharma.

*These statements have not been evaluated by the Food and Drug Administration. These products are not intended to diagnose, treat, cure, or prevent any disease.

The entire contents of this website are based upon the opinions of the author, unless otherwise noted. Individual articles are based upon the opinions of the respective author, who retains copyright as marked. The information on this website is not intended to replace a one-on-one relationship with a qualified health care professional and is not intended as medical advice. It is intended as a sharing of knowledge and information from the research and experience of the authors. Cannabis Magazine encourages you to make your own health care decisions based upon your research and in partnership with a qualified health care professional. If you are pregnant, nursing, taking medication, or have a medical condition, consult your health care professional before using products based on this content.